On this most different of Remembrance Days – I thought I would share the little known story of HMS Curacoa (in the gallery is a photo taken at Arisaig Cemetery on the Isle of Skye of the 5 Headstones only 2 have names).

Each captain had different interpretations of The Rule of the Road believing his ship had the right of way.[29] Captain John Wilfred Boutwood of Curacoa kept to the liner’s mean course to maximize his ability to defend the liner from enemy aircraft, while Commodore Sir Cyril Gordon Illingworth of Queen Mary continued their zig-zag pattern expecting the escort cruiser to give way.

At 13:32, during the zig-zag, it became apparent that Queen Mary would come too close to the cruiser and the liner’s officer of the watch interrupted the turn to avoid Curacoa. Upon hearing this command, Illingworth told his officer to: “Carry on with the zig-zag. These chaps are used to escorting; they will keep out of your way and won’t interfere with you.”[35] At 14:04, Queen Mary started the starboard turn from a position slightly behind the cruiser and at a distance of two cables (about 400 yards (366 m)). Boutwood perceived the danger, but the distance was too close for either of the hard turns ordered for each ship to make any difference at the speeds that they were travelling. Queen Mary struck Curacoa amidships at full speed, cutting the cruiser in half. The aft end sank almost immediately, but the rest of the ship stayed on the surface a few minutes longer.[36]

Acting under orders not to stop due to the risk of U-boat attacks, Queen Mary steamed onwards with a damaged bow. She radioed the other destroyers of her escort, about 7 nautical miles (13 km; 8.1 mi) away, and reported the collision.[37] Hours later, the convoy’s lead escort, consisting of Bramham and one other ship,[38] returned to rescue approximately 101 survivors, including Boutwood.[Note 3] Lost with Curacoa were 337 officers and men of her crew, according to the naval casualty file released by The National Archives in June 2013.[40][Note 4] Most of the lost men are commemorated on the Chatham Naval Memorial and the rest on the Portsmouth Naval Memorial. Those who died after rescue, or whose bodies were recovered, were buried in Chatham and in Arisaig Cemetery in Invernesshire.[39] Under the Protection of Military Remains Act 1986, Curacoa‘s wrecksite is designated a “protected place”.[42]

Those who witnessed the collision were sworn to secrecy due to national security concerns.[43] The loss was not publicly reported until after the war ended, although the Admiralty filed a writ against Queen Mary’s owners, Cunard White Star Line, on 22 September 1943 in the Admiralty Court of the High Court of Justice. Little happened until 1945, when the case went to trial in June; it was adjourned to November and then to December 1946. Mr. Justice Pilcher exonerated Queen Mary‘s crew and her owners from blame on 21 January 1947 and laid all fault on Curacoa‘s officers. The Admiralty appealed his ruling and the Court of Appeal modified the ruling, assigning two-thirds of the blame to the Admiralty and one third to Cunard White Star. The latter appealed to the House of Lords, but the decision was upheld.[44] 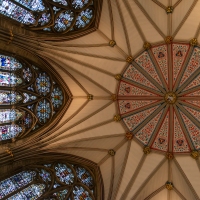