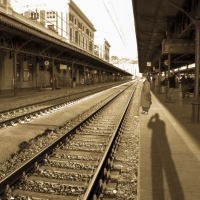 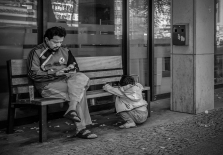 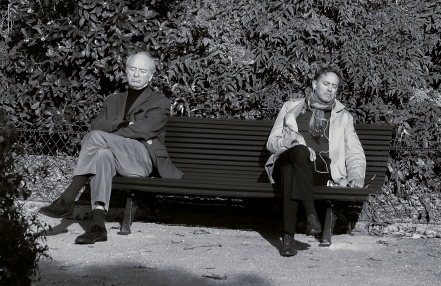 the Space between us

So I have been working a lot recently on competitive photographic entries with a view to improving my body of work. Working towards a goal or a theme set by another organisation. A little bit of compliance with rules and regulations and considerable stretch when you have no clue how to interpret the theme. So this competition is run by “FLOW Photofest which is an international festival celebrating photography in all its forms, held biennially across the north of Scotland. The second FLOW Photofest will launch in Inverness and the North of Scotland in September 2019 and will comprise exhibitions, talks, films and workshops on the theme of BORDERS”.

Now this much more what I would call leftfield photography and probably not my bag – certainly much more arty than you would tend to see from me. Anyway the theme was borders so I entered these with my own slant on borders. We shall see how it goes.

Death and Romance – Berlin peace demonstration in front of the Reichstag the German Parliament (Bundestag). The irony is the LGBT couple (Hitler being unlikely to attend Pride Marches)  very much in love glancing at death as they pass the 3D art. The building was bombed to a shell during the war due to the fact it was a Symbol of Nazism which the Red Army was desperate to capture in the Battle for Berlin.

The Space Between Us – Is a simple comfort zone which people adopt to feel comfortable. I dare you to sit between us…

Together Alone – Is a study of modern living where to people from the same family can be so close physically yet so far apart.